I'm A Fat Anti-Assimilationist (& No I'm Not Sorry) 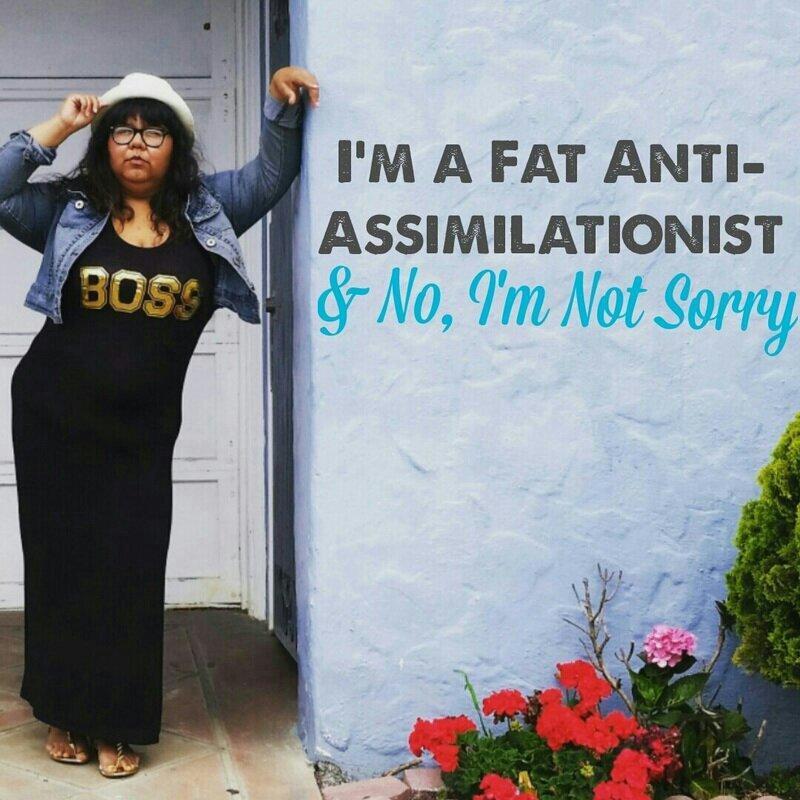 For so long I saw myself as a failure.

Even though there were so many signs that I was already rebelling against the diet culture, I denied them. Each time I ate cake or decided to watch Dynasty instead of exercise, my inner badass was saying "girl, this sucks." The badass inside my head won a lot, but I couldn't see those choices as being CHOICES. I saw them only as failures.

After breaking up with diet culture, I began to see that my body comes with me to all the places I love and helps me do weird and amazing things, but my body is not the most important thing in this story.

I made a decision not so long ago that I was going to stop dieting and stop hating myself; stop weight cycling and to CHOOSE ME rather than some culture of adherence that seeks to reduce me to a reproductive hole who straightens my hair so I can get a job I hate, come home and tend to a husband I loathe, and make dinner for children I didn't want to have.

In choosing ME I decided that I would eat what I wanted (not never ending parades of dressing-less salad), I was going to move for fun (not for weight loss), and I was going to live in the moment (rather than wait until later). And when I made that very feminist choice I said to myself "whatever my body looks like while I'm living the motherf***ing dream, so be it."

And I don't choose that life anymore.

Today’s culture is very committed to seeing my fat body as a failure. According to this culture, my body is an artifact of my inability to perform at a standard that has been set for me.

My fat body lives in a metaphorical negative space or vacuum - the automatic space that has been left behind, the leftover space inhabited by all those who couldn't "make the cut." Or so the culture tells me. This culture is very invested in constructing this island of misfits as a space that no one would ever choose. It is only a place to which people are relegated.

My body is not seen as part of a choice I've made or something that is constituted by neither failure nor success. There are even those whose politics align largely with my own, who are committed to pleading a case that my body is seen as a failure that is "not my fault," and in so doing seek to assimilate bodies like mine into a greater western progressive agenda.

But I'm not interested in exonerating myself. And perhaps more importantly, there is nothing that needs exonerating.

Well, honestly, more people than you think. And hell you might already be doing it right now and not even know it!

Jack Halberstam in The Queer Art of Failure speaks of this very phenomenon. All of those who are outside of what is considered ‘normative’ MUST be seen and constructed as failures. Our choice to be outside of the violent - and frankly BORING - center of privilege must be erased. It cannot be seen culturally as a choice because this would too quickly unveil the critique that making such a non-compliant choice indicates. When we choose not to assimilate this is very powerful because we are in essence saying "your party sucks." And, girl, patriarchy really doesn't like to hear that.

We are taught to see ourselves - all those outside of the boundaries of white/assimilated, wealthy slenderness - to be (metaphorically) standing with our noses pressed to the glass of this "glamorous" world to which we have no access. We believe that is who we are. That our identity and very selfhood exists only in relationship to these people and the aesthetics of their lives. I believe this to be far from the truth. At least it is far from my truth.

It took me a VERY LONG TIME to leave diet culture. It also took me a very long time to realize that I am a beach dwelling bohemian writer/thinker/artist type. I was convinced that this was just a phase. I couldn't understand WHY I kept coming back to my artsy, intellectual, fashion adventurous, bitchy, irreverent friends who cursed and talked about sh*t and vulgarities at dinner parties that would evolve into dance parties after shots of sparkling pinot noir. I couldn't understand why I preferred only mini-vacations into the world of the suburban housewife, sipping chardonnay, putting a napkin on my lap, giggling quietly at sexist jokes and exposing only "tasteful amounts of cleavage." I always wanted to go back to the drinking dancing heathens, and I felt shame and confusion. Doesn't EVERY brown girl who was raised by American-dream-loving immigrants, given the opportunity, want to disappear into the manicured lawns of white suburbia? I couldn't even interpret the signs that were all pointing in the direction of my desire. I had bought the line that bohemians are only bohemians because they can't be anything else. It took me an embarrassingly long time to realize that I didn't want to "graduate" to suburbia. I wanted to be somewhere where I felt nourished and seen. White suburbia wasn't that place for me.

The admission of failure - of the non-consensual nature of the aberrance - is a requisite part of the process that then allows the culture to forgive you, and in so doing aggrandize and confirm itself as a benevolent, progress oriented patriarch.

But I don't need your forgiveness patriarchy. And I don't want it.

I'm stoked to have failed at being the culture's patronizing notion of a successful woman. I take a stand against oppression. I am a woman who believes in the feminist right to choose. I am an anti-racist brown person and a fat liberationist.

This post would not be possible without the incredible work of writers and intellectuals like Jackie Wang, Jack Halberstam, Juana Maria Rodriguez & countless others living out their anti-assimilation every day.

Virgie Tovar, MA is an author, activist and is one of America’s leading experts and lecturers on fat discrimination and body image. She is a plus size style writer for BuzzFeed and the creator of #LoseHateNotWeight. Tovar edited the ground-breaking anthology Hot & Heavy: Fierce Fat Girls on Life, Love and Fashion (Seal Press, November 2012). She holds a Master's degree in Human Sexuality with a focus on the intersections of body size, race and gender. After teaching "Female Sexuality" at the University of California at Berkeley, where she completed a Bachelor's degree in Political Science in 2005, she went on to host "The Virgie Show" (CBS Radio) in San Francisco. She lives in San Francisco and offers workshops and lectures nationwide. You can contact Virgie via email (virgie@virgietovar.com), on twitter, instagram, and on Facebook. 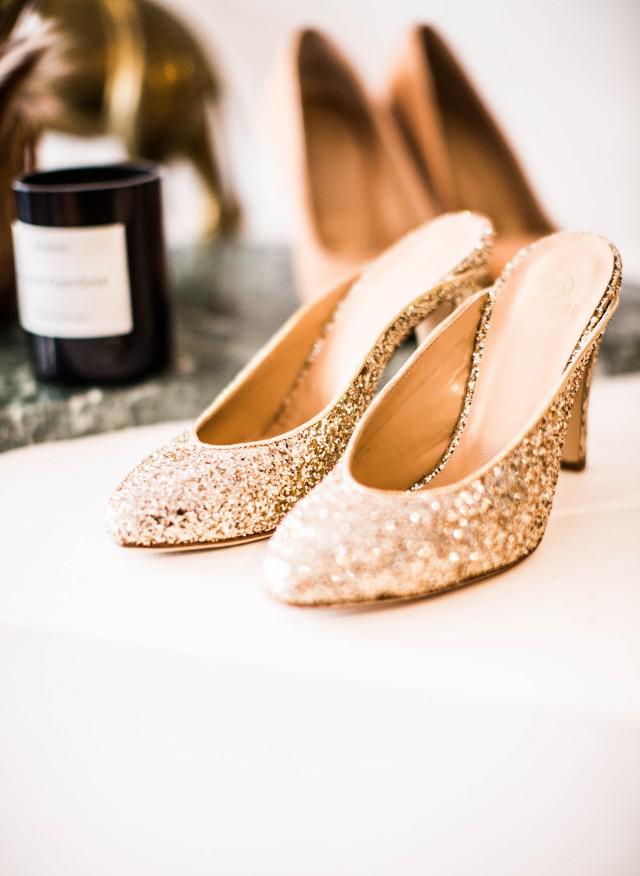