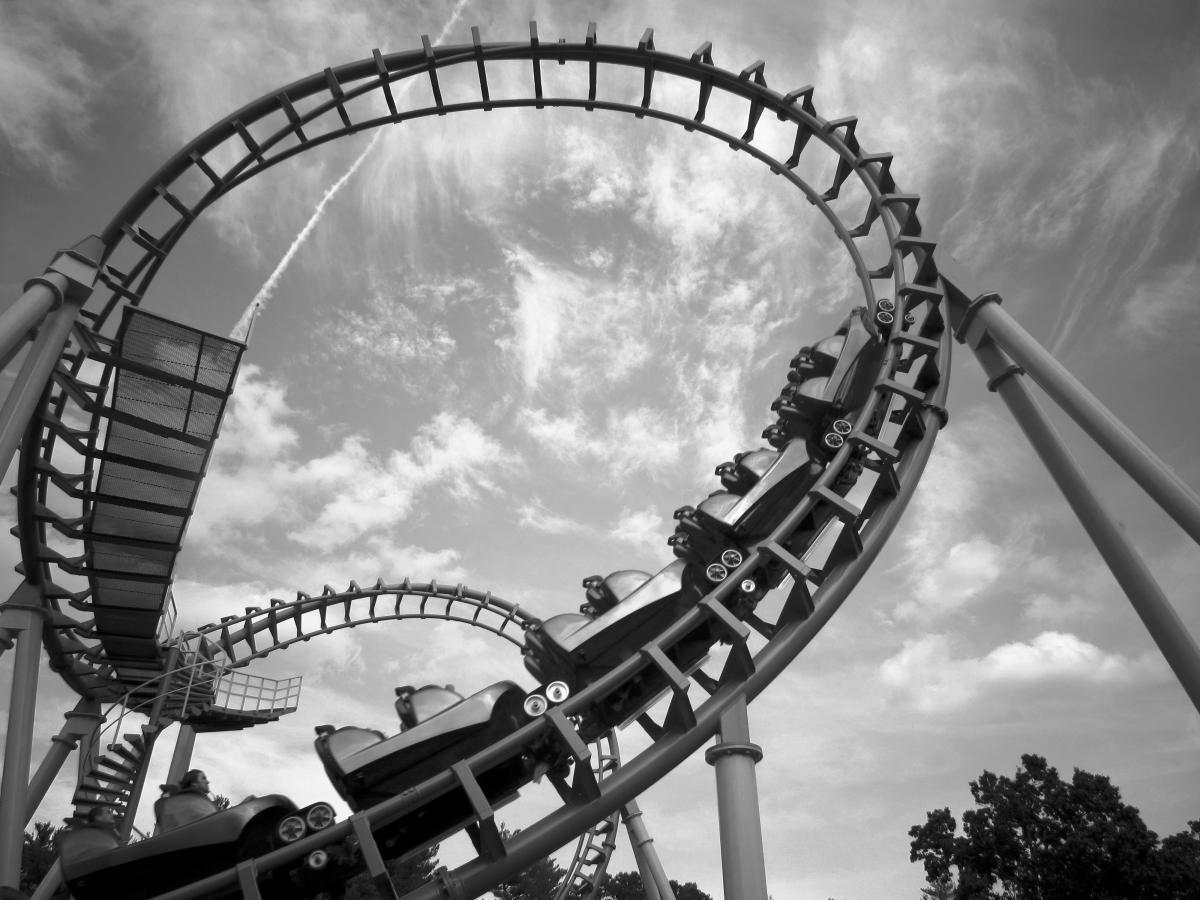 When I started eating disorder recovery five years ago, I thought—or, really, hoped—it would be like an escalator. You hop on, and whoosh, straight up from there. You decide to recover, then you do it, then you’ve done it. Simple.

That’s not quite how it went.

Today, I feel good. Strong. If not confident, at least less unconfident. Disordered thoughts are few and far between.

But recovery, as I know now, isn’t an escalator. It’s a roller coaster. It loops. It twists. It’s wild. It’s beautiful, too. But when you’re in the middle of it, it can feel impossible to see where you’re going.

Looking back on it today, I can see the journey clearer. I see it in snapshots, days and moments and years.

2013: Resistant
I made appointments with therapists. Nutritionists. Psychiatrists. Appointments I usually kept, but never meant. In these appointments I was like a first-year law student, overconfident and argumentative, shouting medically unsound opinions like I’m fine and I don’t need your help. My nutritionist—not the one who asked if my amenorrhea was because of pregnancy, the other one—told me I wasn’t trying. She was right.

2016: Soaring
I ran a half-marathon and didn’t think about calories once. I was weight-restored and powerful. I felt like Icarus flashing two middle fingers at the sun: you thought I was gonna burn, well, watch this buddy, my wings are fiberglass and I’m 30,000 feet up. After the race, I ate the biggest plate of pasta you’ve ever seen. Before, I’d have worried about that. I’d have gotten out of bed and paced my panic out on the bedroom floor. This time, I fell asleep on the couch. When I woke, my thighs ached, but my mind was clear.

Today: Steady
It’s not perfect. Right now, a voice in my head is whispering that if my belly didn’t do that thing—you know, the thing it does—I’d be better. A better student. A better writer. A better friend. Happier. But the voice and I have reached an understanding. I know the voice is a liar. The voice knows it’s talking against the tide. And that, honestly, feels like enough for now.

Allison Epstein is a graduate student in Northwestern University’s MFA in creative writing program. A Chicago-based freelance writer, she is a former editor of the body justice website Adios Barbie. Her fiction has been published in journals including Pantheon, Metaphorosis, Fantasia Divinity, and others. Other interests include musical theater, chai, and TV historical dramas. Find her work at http://www.allisonepstein.contently.com.