One Size Does Not Fit All: Writing Beyond the Body Image Narrative

You’ve heard the story before. Girl—young, white, and affluent—encounters the ever-shrinking standard of female beauty. Girl internalizes and aspires to this unrealistic and unattainable ideal to the brink of self-destruction. Girl is diagnosed with an eating disorder. Girl embarks on a journey of recovery where she overcomes her eating disorder and emerges with a healthy relationship with her body.

In a culture that pathologically reduces females to their physiques and profits from their self-perceived flaws, it’s not surprising that this body image narrative has become dominant. While this narrative provides a convenient framework and simple explanations, the assumption that eating disorders arise primarily from dissatisfaction with physical appearance masks the complexity and severity of the disease. This assumption ignores components such as genetic predisposition, psychological factors, and other sociocultural influences. It also eclipses the full spectrum of perspectives that cut across lines of gender, age, race, class, and sexual orientation.

After years of outsourcing my own struggle with an eating disorder to its corporeal manifestation —my body speaking indirectly in a distorted language of protruding bones, spindly limbs, and swollen glands—I began writing about my recovery from this unsparing disease, chronicling the dizzying succession of lows and highs, challenges and triumphs, lemons and lemonade.

Writing became a private space where I could simultaneously lose and find myself as I probed, prodded, and peeled back the layers of my experience. This meant rejecting the linear self-loathing to self-love trajectory and drawing on the parallels between the therapeutic and writing processes: the catharsis of releasing my stream of consciousness; the attempt to untangle thoughts, emotions, and memories and structure them into a sense of identity; the relentless pursuit of insight, each epiphany a small victory lap around my pain.

Writing also became a public forum for inciting dialogue and fostering personal connections through articles I published online. Because eating disorders thrive on shame and shame thrives on secrecy, sharing my recovery story was a necessary step in my healing process. It was a step that left me completely vulnerable.
In therapy, vulnerability was encouraged and failure was not only an option, but often the best one. And in failing outside of my comfort zone again and again, I cultivated resilience and resourcefulness that have motivated me to meet challenges with renewed effort, both in recovery and in the wordsmith's forge.

After all, what better context for meaningful change is there than the uncertainty and potential that exist outside of your comfort zone? It’s here that I find the inspiration and urgency to write my own recovery story. And unlike the conclusive body image narrative, my story is still a work in progress.

Robyn Schindeldecker is a Minneapolis-based writer with a penchant for probing and prodding life’s absurdities, including those related to her recovery from an eating disorder. When she’s not making a mess in the wordsmith’s forge, she can be found making a mess eating sandwiches and trying to find a silver lining where none exists.
Follow Robyn on Twitter at: @mouthofplatinum. 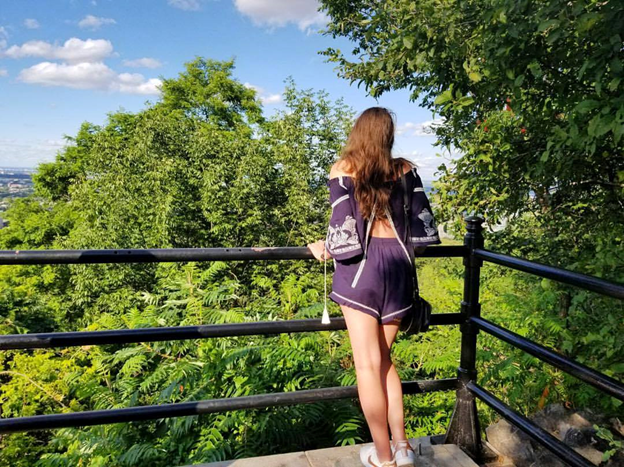