Wife No. 3 in Abu Dhabi - Bulimia and Broken Dreams 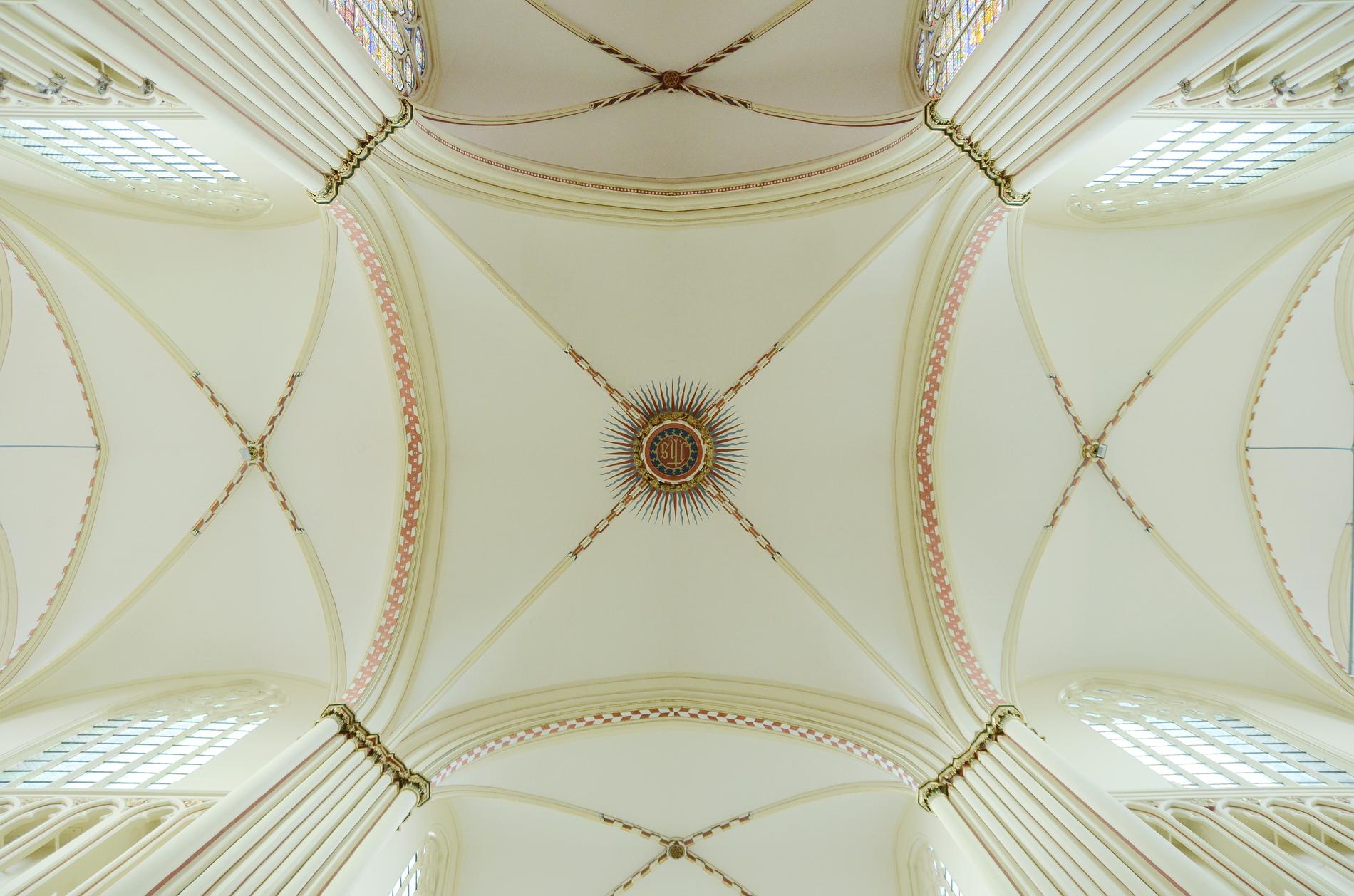 I had a very strange childhood. I was born in Belarus and raised in the UK by my father’s mother, and learned many life lessons in very hard ways. I was raised by a grandmother who lived on benefits (British welfare) and enjoyed watching EastEnders (a British sitcom) all the time. She was an addict. My father eventually remarried and was absent from my life.

All I knew was that I never wanted to be like my mother who left me in the UK and took off to the United States of America to pursue her dream of becoming an actress. She never came back. She was only 22 when she met my father on the road, and I was 5 when she left. My father did tell me that he often saw her appear in certain infomercials etc. The only problems that stood in her way were her thick Russian accent and short height. I take after her height, but when it comes to my body frame, I have my father’s.

At 13 I became very conscious of how I looked. It was then when I started on a quest to lose weight. I too had a dream of making it in a big way. I took everything very seriously. Despite being shy, painfully and ruthlessly bullied at school, I graduated from high school with all A’s.

I guess you could say that my grades were what gave me the initial confidence to pursue my dream of becoming an actress/model; anything to be in the limelight. Later, I enrolled in Drama and Film Studies and achieved all A’s as well.

However, I had no luck in securing any acting roles or modelling contracts. Despite having a stunning face, I had too many curves and a very average height. Eventually I landed a job in a luxury hotel in Abu-Dhabi and wanted to make quick money, and save up enough to go to New York City. Working in a Muslim country was a different experience. I got lots of attention from the hotel staff. Here in Abu Dhabi, I managed to secure a few modelling assignments. But luck was still not on my side. I was also struggling with adaption and loneliness.

At this time, I came across a man. He was many years older than me. He was wealthy, influential, and looked 15 years younger than his age. Although I didn’t plan on falling for him, all of a sudden, I was living a life I had always dreamed of. On our third date, he gifted me a luxury watch. By the time, we reached our tenth date, I had a full designer wardrobe, and numerous handbags and shoes that I always wanted. I eventually married him. He gifted me a luxury apartment on our wedding night and when we came back from Bora Bora, he gave me a luxury car; a Bentley. Despite all of the gifts, care, and love, there was a twist: I was wife number 3.

He already had 2 wives and 9 children.

Within months I was exhausted. We always travelled and all I seemed to do was dress up in one outfit after the other and accompany him everywhere. I wore dresses that defied his faith and everything was expensive. He was also very particular about how I looked. “Don’t forget you’re representing me” he often said. After 11 months, I felt the repercussions of living this kind of life. People knew I was his third wife ; wife number three receives no respect. His friends were more focused on my face than anything. They were more focused on how I dressed and how  daringly low cut my dresses were.

By that time I was struggling with bulimia. The food I consumed with him across the Emirates State was high in calories. There was little time for exercise. I ate to comfort myself and then purged. I was exhausted, depressed, and spent all of my time in salons. If I wasn’t taming my wild blond locks in humid Abu Dhabi air, I was busy trying to control the Bulimia and worried about impressing his friends.

I became a complete slave to Bulimia after coming back to Abu Dhabi. My husband noticed and issued a warning. He would say things like: “I didn’t marry you so you could sit at home” and “pull yourself together”. I was dependent on him for every single Dirham (dollar). I tried to pull myself together but kept on failing. It was one evening when I finally snapped. Something inside me simply broke. We were at a dinner and his two wives were also there. They both were stunning. In front of them I felt like an awkward duckling. Seeing them was the most painful experience - like someone put a dagger to my heart. No one spoke to me. I comforted myself with the buffet table. Three of his children kept staring at me. Coming back home alone that night, I realised it had been months since my husband had spent any time with me. Suddenly, I began to want all those things I never wanted. A husband, home, children, and love. But he had bluntly told me that he didn’t want any more children, and he was getting fed up of my “neurotic ways”.

It was then during these times that the bulimia took its toll. I had a severe deficiency. You may wonder why I am telling you all this. Well, one evening I collapsed from pain. I can’t remember how I made it to the phone. I had no one to call. I had no friends. But somehow I managed to call the family doctor who arrived after 3 hours of agony.

“You’re lucky he married you”, he smirked. “We wonder and we often wonder, why?”, he added. I was a cheap woman, a third wife. But I was in so much pain, and he eventually realised the enormity of the problem. He tried to call my husband and somehow managed to get through to his first wife.

When I woke up 3 days later, I was in a hospital. His first wife was there and my life changed. She had cared for me at that time when my husband was on holidays with mistress number 7. And if this wasn’t harsh enough, his first wife’s act of kindness was the last nail in the coffin. I was done with bulimia.

Out of that hospital, I utilized what I had and went to rehab in UK. After six months of therapy and in-patient treatment, I was ready to start my life again; still as wife number 3 who knew she needed support from her husband to survive.

I try to build myself up every day, but the problem here is this: if I leave him, I lose my life as I know it. I would lose my building, the housekeeper, the car, the holidays, and financial security.. and those are things that I cannot compromise at the moment.

The moral of my story is that my eating disorder was equal to co-dependency. I always depended on my outer appearance to make myself feel better. I then depended on Mr. Husband; I literally clung to him and did whatever he wanted me to do to make myself feel loved and included. At the back of my mind, I had so many deep fears. To tackle those fears I always used my addictions related to food and shopping to soothe myself. I often shopped like a mad person. I would spend days in Dubai malls buying unnecessary things. And when all of this wasn’t enough, I fully gave into the death trap of bulimia.

Today, I manage my eating disorder really well. I still feel emotions of humiliation and a loss of control, which is why I continue with therapy. But I don’t depend on food as much. 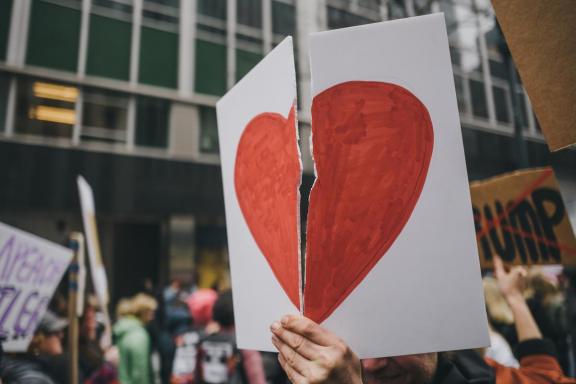 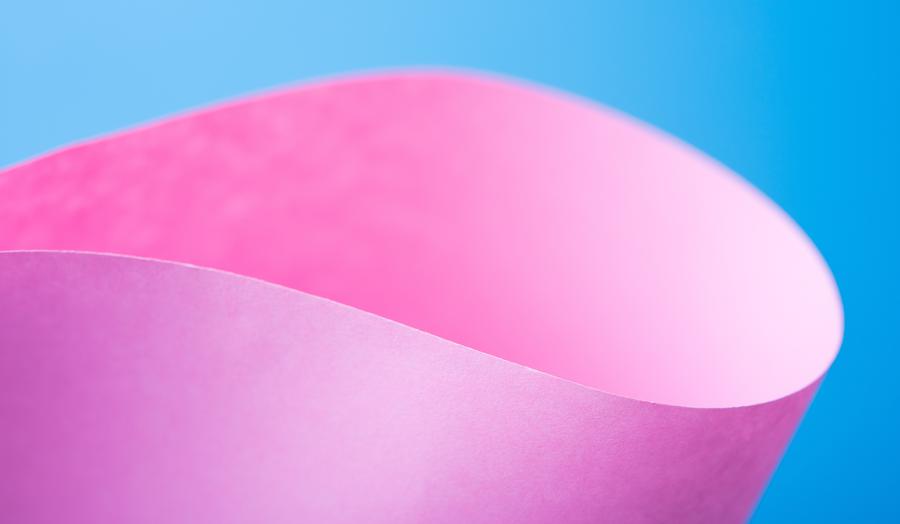